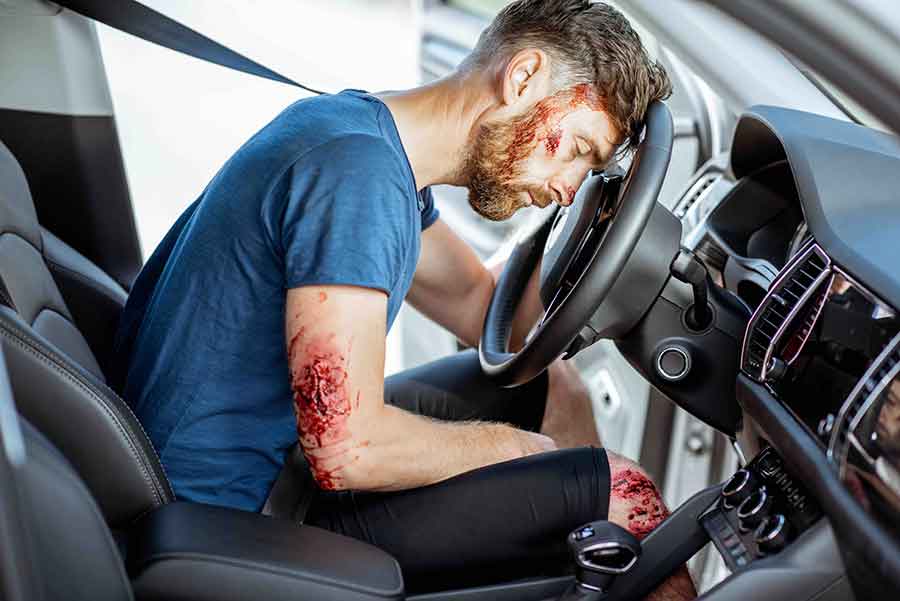 Does a head injury have to be severe for a person to experience side effects from the event?

Actually, no. Mild Traumatic Brain Injury (mTBI), also known as a concussion, is common. Although it is often benign, there are potentially both serious short and long-term consequences. The side effects of TBI depend on many factors, including the mechanism, location of impact, age of the person, and coexisting medical issues.

What is mild TBI and why is it important to lawyers?

Mild TBI can loosely be defined as a brain injury that does not require intervention or hospitalization. But the use of the word “mild” can be a misnomer because it tends to suggest that the consequences of the injury are not serious. In fact, the effects of mild TBI can be long-lasting and debilitating to a person.

What is the Glasgow Coma Scale (GCS) and how does it define the level of TBI?

The Glasgow Coma Scale assesses a patient’s neurological status according to three aspects of responsiveness: eye-opening, motor, and verbal responses. The goal of the scale is to provide a rough but quick communicable picture of the patient’s condition. It helps physicians quickly determine how emergent the condition is. It also guides them on which tests to perform. The score is out of 15 with a minimum score of three (one point from each category). Scores of 14-15 are considered to be in the category of mild TBI.

Can a person have a TBI and have a normal CT scan of the brain? 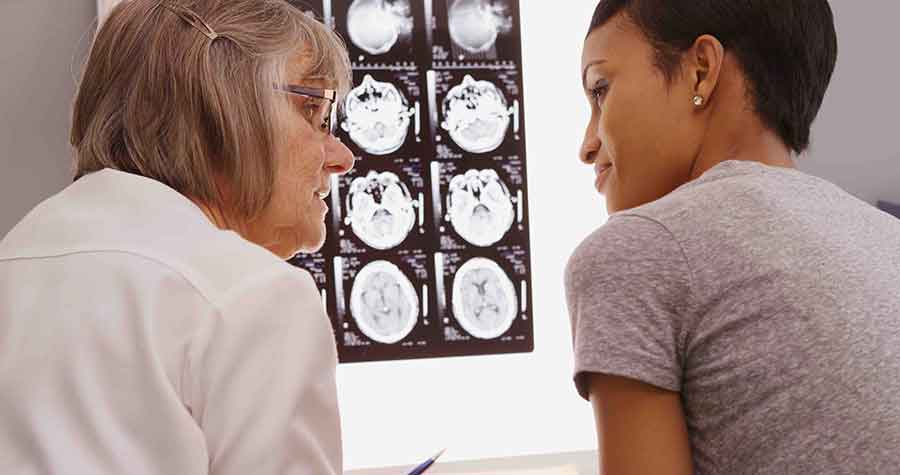 Yes, a CT brain is normal in patients with mild TBI. The CT scan can even be normal in a patient who is confused and has memory loss after the incident. If that patient’s only abnormal exam finding is confusion, his GCS is 14.

Not every patient who experiences a TBI will get a CT scan, especially a young healthy person who is not on blood thinners. There are medical criteria that help select the patients for which CT of the brain is indicated. The CT scan is excellent at showing abnormal bleeding on the brain or skull fractures. But the essential point is that a GCS of 15 with or without a negative CT scan does not mean your client is in the clear regarding debilitating symptoms.

Do all people with TBI get admitted to the hospital after the ER evaluation? 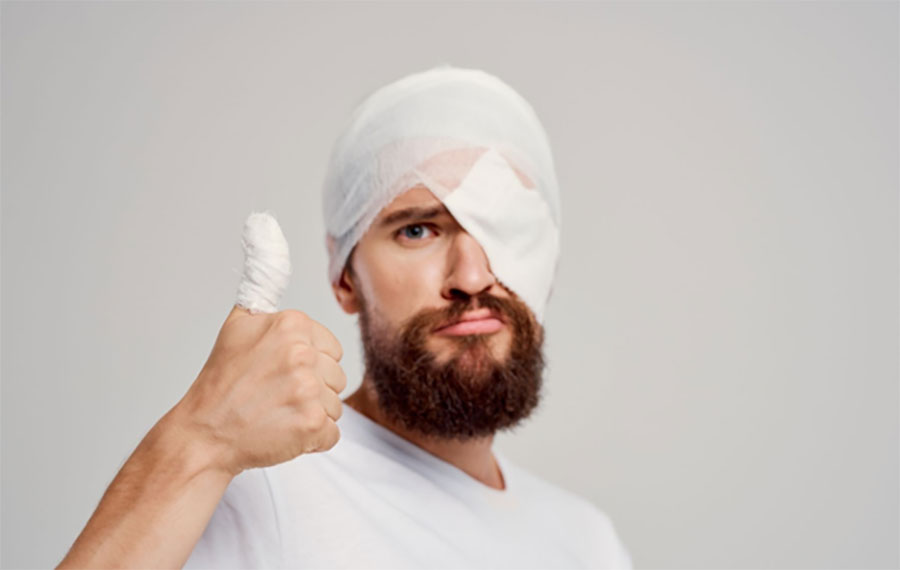 No, most often, with a mild traumatic brain injury, patients are discharged home because there is very little that can be done from an emergency medicine perspective. This is obviously different from severe TBI, which would require hospitalization and likely emergent surgical intervention. This often leaves the TBI victim feeling that their symptoms were dismissed. On the other hand, it may give them a false sense of security thinking their symptoms will completely resolve in a few days. From a legal perspective, these symptoms can be debilitating, and the victim may be entitled to compensation.

What other tests can help determine if there is a brain injury after mild TBI? 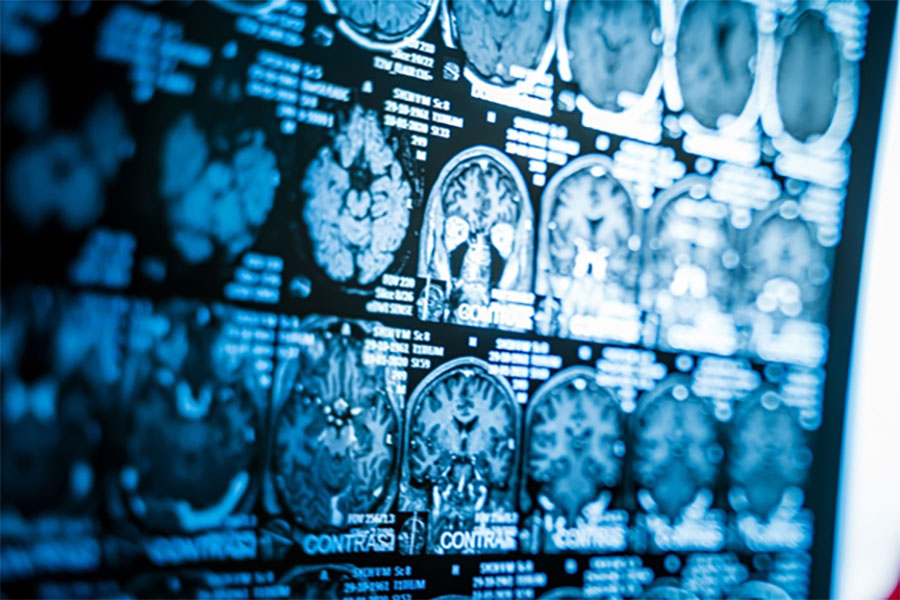 In comparison to a CT of the brain, an MRI of the brain is more likely to show subtle brain damage. A functional MRI (fMRI) is even more specific than a regular MRI because it shows blood flow while a task is being performed. The fMRI is a dynamic test that, in an uninjured brain, should show an appropriate increase in blood to the area of the brain performing the test.

A SPECT scan is another tool used to measure the damage incurred from TBI. It works with radionuclides which are injected into the patient’s blood and then tracked in the brain. If an area of the brain is injured, a SPECT scan may show less activity in the affected area. The theory is that injured areas require less blood perfusion and therefore will “light up” less in that affected area.

What are some of the side effects of a mild TBI? 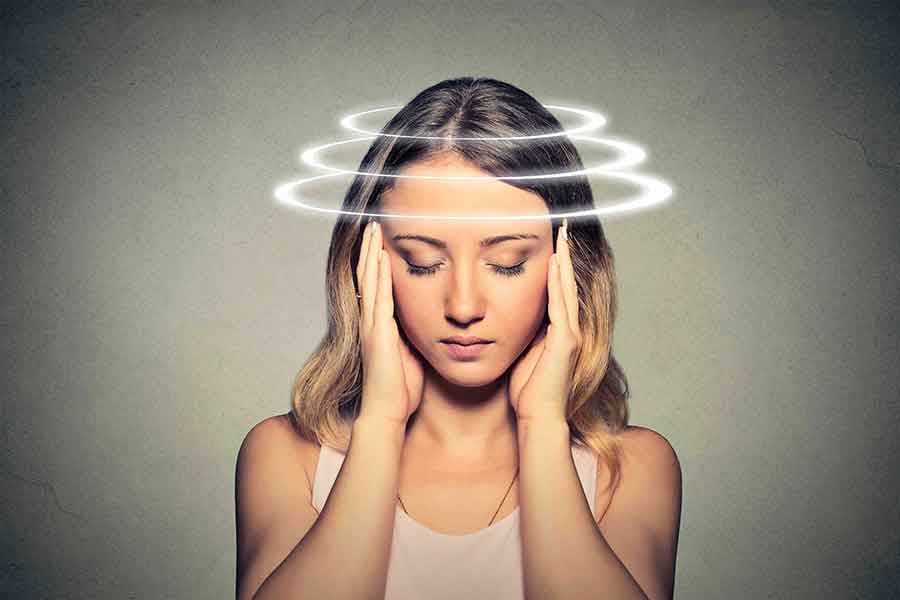 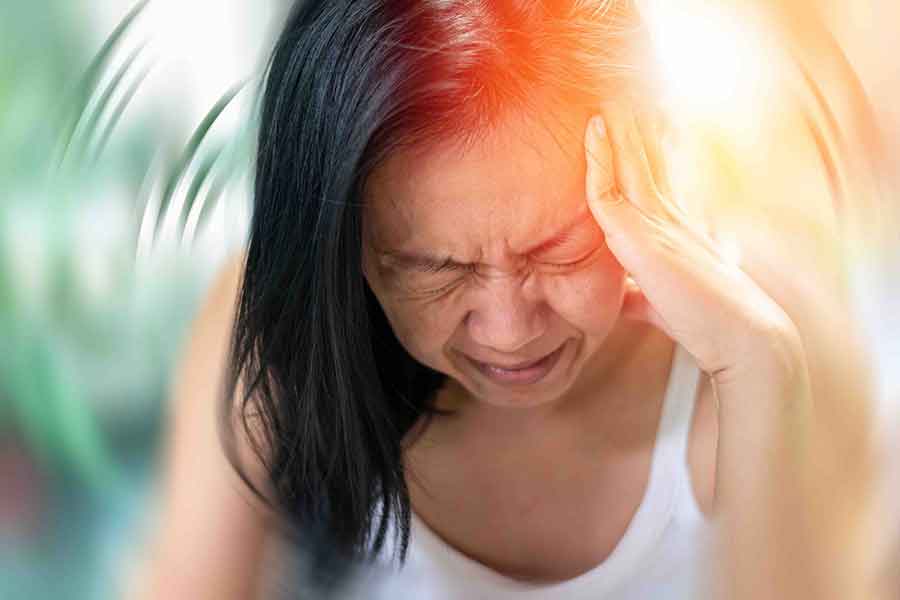 A hypothetical person, Susan, a 43-year-old woman, who was functioning normally in her day-to-day life is suddenly struck by a box falling onto her head at a grocery store. She goes to the ER, is seen by a physician, has a CT scan, which is negative, and is discharged. Since the head injury, Susan experiences daily headaches and insomnia.  As a result, she suffers from a lack of sleep and has a difficult time functioning optimally due to the pain and exhaustion. Her boss notices the decrease in performance and terminates her employment.

Insomnia and headaches are just two of the common symptoms that people can experience due to mTBI. But more insidious is the mild cognitive impairment.

What is mild cognitive impairment (MCI) and how do you evaluate someone for MCI? 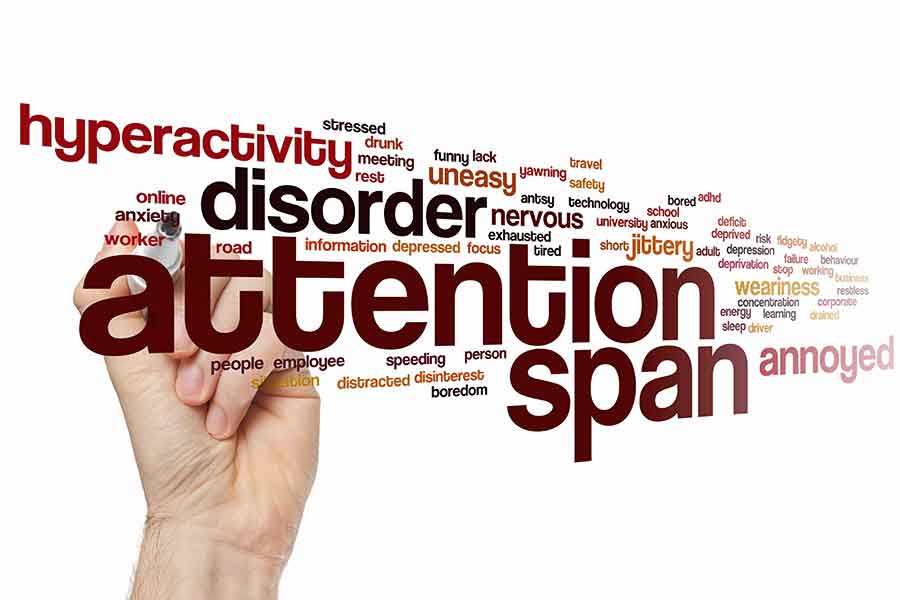 MCI can include attention deficits, social cognition disturbances, memory deficits, decreased processing speed, and impairments in executive functioning. Cognitive impairment requires a more subtle and in-depth evaluation when compared with a physical deficit from an orthopedic injury. Sometimes, neuropsychological testing is recommended to determine the extent of the impairment. These tests are designed to objectively quantify the cognitive impairment. There is somewhat of an operator bias in these tests. For this reason, we suggest you always have a physician representing your client when they are undergoing a neuropsychological evaluation.

How do you put a value on the damages caused by mild TBI? 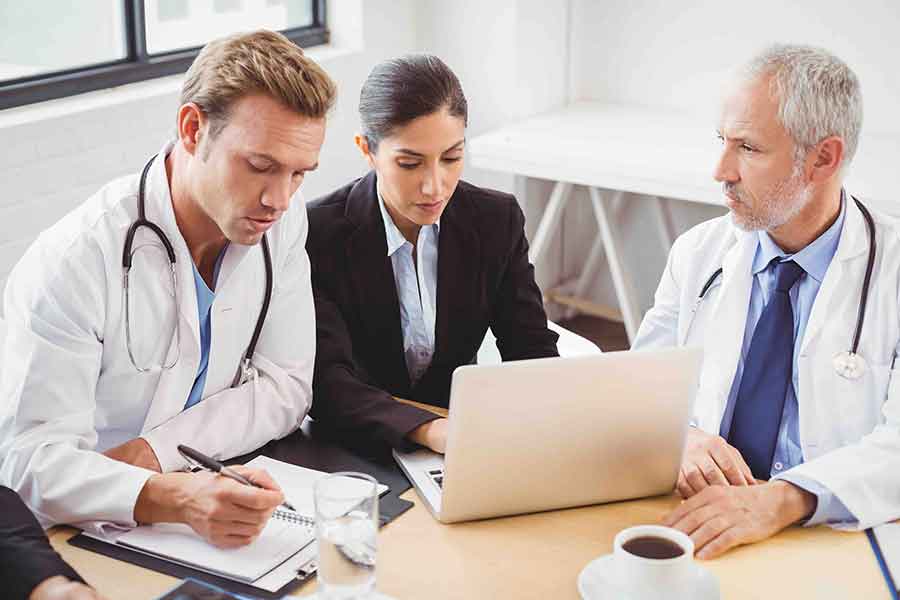 TBI is a common cause of lawsuits in the USA. As you would expect, the more severe the TBI, the higher the judgment for the lawsuit. That said even mild TBI claims can have judgment awards in excess of $1 million. Successful TBI claims require lawyers with the experience to understand how to navigate the claim and the nuances of the injury in order to help their clients recover a fair financial settlement.

To calculate the damages that Susan has suffered, the calculation must include the pain and suffering, loss of wages, and therapeutics needed to help her recover. How long will it take Susan to recover and what does it take to compensate her at least financially?

How many people suffer from mild TBI per year in the USA? 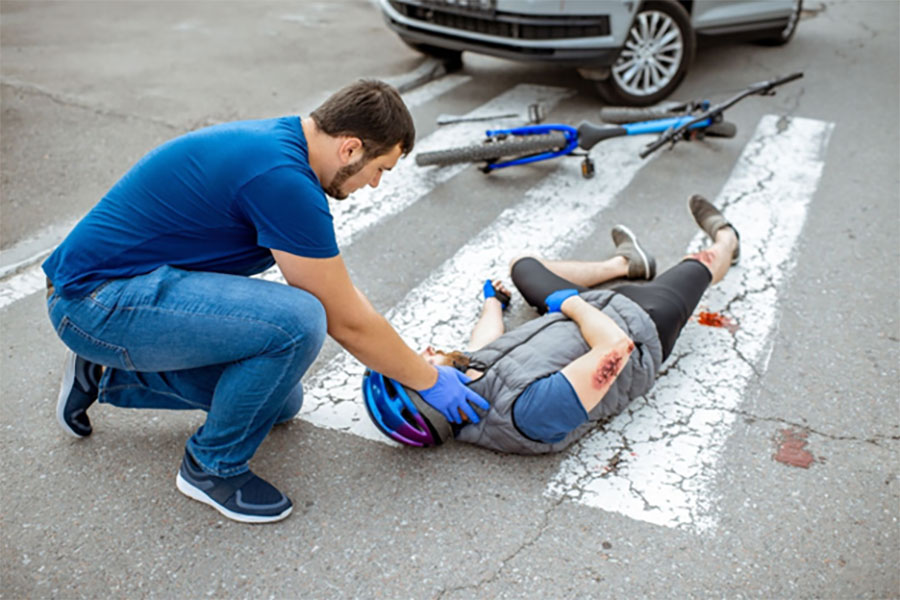 According to the CDC, each year an estimated 1.5 million Americans sustain a TBI. These brain injuries can be from incidents ranging from a car accident to falling on an icy sidewalk. Each year, over 230,000 people are hospitalized for a TBI and survive, while approximately 50,000 people die from TBI.

Extrapolating from this data, annually, about 1.3 million Americans will have mild TBI.

Why is mild TBI relevant for an attorney? 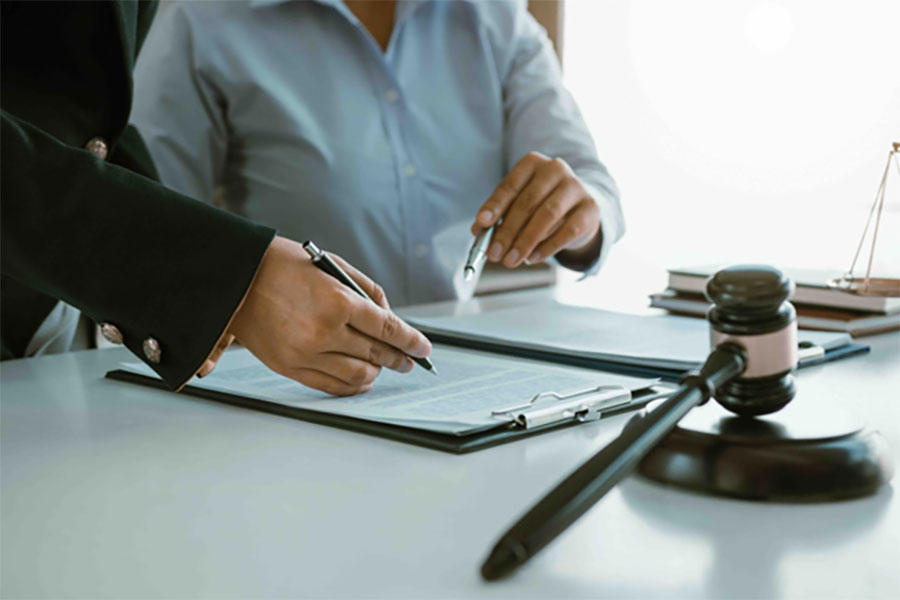 Remember, as it relates to TBI, a CT scan is essentially a gross screening tool for a brain bleed or skull fracture and does not consider the nuances of brain injury. The symptoms may require a more in-depth evaluation and testing and should not be disregarded. That being said, it is also important to be able to sort out the legitimate claims from people that are malingering with the intent of a financial award.